The 10th Anniversary of the Infamous Women’s Health Initiative

July 9, 2002 is the day everyone in the field of women’s health remembers exactly what they were doing when the news hit. After opening up the Center for Specialized Women’s Health at Cleveland Clinic in the spring of 2002, I was taking my first vacation away from the office. I had just arrived on the Lake Erie Islands with my three young sons to celebrate their father’s 40th birthday. Before we could even head to the beach, my pager went off non-stop. I had colleagues from the Clinic and around the country calling me, asking for my opinion about the breaking news that the estrogen/progestin arm of the Women’s Health Initiative (WHI), which was terminated prematurely because of increased risk for cardiovascular disease and breast cancer. Worried women around the globe were throwing out their hormone therapy (HT).

I sent my family to the beach and sat down to study the JAMA article. I saw that the relative risk of breast cancer diagnosis was actually less than the percent already listed in the package insert - I thought that was actually better news than expected. I then scrutinized the cardiovascular data and was concerned it was not adjudicated (fully vetted). I also wondered why there was not age stratified data presented for this preventive trial. I concluded that, all in all, this wasn’t nearly as bad as the headlines and panic. I happily headed for the beach not realizing the tsunami that was about to crash into the lives of millions of women.

The Effect of the Women's Health Initiative 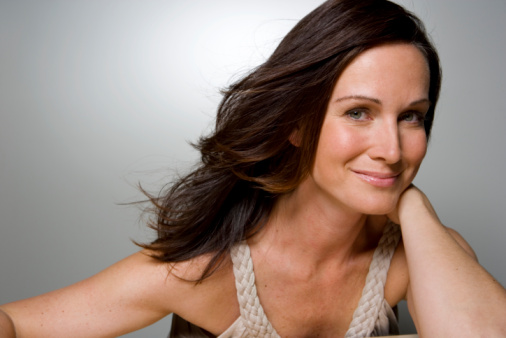 This was a large, expensive preventive trial, not a menopause trial. It was a trial to see if all women, many years past menopause should take oral hormone therapy for prevention, just like all people should click on their seatbelts every time they enter into a vehicle. No, not all women should take HT. Not all postmenopausal women are hormonally deficient, but many are. Once the dust settled, and the estrogen alone arm of the WHI was released two years later, there was NO increase in breast cancer diagnosis and an actual decrease in breast cancer diagnosis in the adherent users. Furthermore, once the age stratified information was presented, women within 10 years of menopause who took HT had REDUCED risk of death compared to those who did not.

Fast forward a decade. We have had millions of women suffer with very treatable menopausal symptoms. Many women and their physicians erroneously believe that no woman should take prescription hormone therapy (HT). Many have said we have lost an entire generation of midlife women because of the unscientific way this very scientific study has been interpreted and misapplied. Many younger physicians do not even know how to prescribe HT! Some have said this is part of the larger misogynistic response to women. I have seen countless women suffer needlessly. Even though some women do not suffer with hot flashes, many still suffer with the consequences of low estrogen levels:

We have seen a billion dollar cottage industry spring up to compound so-called bioidentical HT that is not regulated and not any safer than prescription HT, which can be also be prescribed as bioidentical estrogen and progesterone. Unregulated HT actually is much riskier as transdermal progesterone cream does NOT reduce uterine cancer risk. Many so called anti-aging clinics give powerful cocktails of many potent hormones, many in excessively high doses.

We now have the most influential women’s health leader in the world, Dr. Wulf Utian, who founded both the International Menopause Society and the North American Menopause Society. Professor Utian is also a celebrated women’s health researcher, leader, physician, mentor and one of our Speaking of Women’s Health Hall of Fame inductees. He called for the need for the FDA to revisit the black-box warning on postmenopausal HT and to call for an independent commission to scrutinize every major WHI paper to determine whether the data justified the conclusions drawn. Professor Utian noted that after the entire hullabaloo created by the WHI, the current recommendations for postmenopausal use is virtually right back to where we started! He further goes on to assert that “the key WHI investigators are behaving like the divorced husband who murders his ex-wife, and then claims child custody because his children have no mother.”

Women Should Have a Say in Their Health

When I reflect on all the needless pain and suffering by a generation of women I say, along with many of my colleagues, “Here, here!” I poignantly remember one patient who confided to me that she wanted to take her own life because she was so miserable off estrogen (and had been on it for 20 years posthysterectomy and was doing just fine until the WHI). No physician she saw would prescribe it. I was her last hope. I’m happy to say she is back to her happy, healthy self!

So today, as I am getting ready for my husband’s surprise (shhhh!) 50th birthday party, I am hopeful that this next decade in the field of women’s health will be one of continuing advances, appropriately interpreted and communicated. No woman should have to suffer in her own personal constant heat wave of hot flashes. Hormone therapy remains both a therapeutic option and preventive option for many women.