The end of a year is a natural time to look back and reflect on that year and look forward to a brand new year with new goals and new experiences. It is also the time for top 10 countdowns and a renewed commitment to life, friendships, vitality and New Year's resolutions. 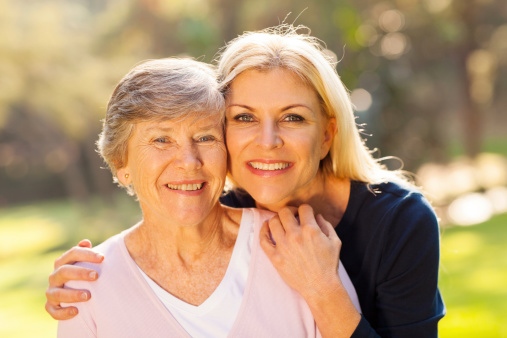 Below I have highlighted some of the top 10 advances in 2014 in women's health culled in part from our columns and news section on speakingofwomenshealth.com. From the 2014 Ebola outbreak, to the controversy about uterine fibroid laparoscopic power morcellators no longer being used, to the Dr. Oz Senate hearings probing his bogus diet product ads, women's health news continues to dominate, inform, and affect our lives and imaginations.

9. Mediterranean Diet - The benefits of a Mediterranean diet keep racking up! A Mediterranean diet is a diet rich in veggies, whole grains, fish, nuts and olive oil; it is associated with longer telomeres and reduced aging. In addition, the Mediterranean diet is excellent at reducing heart and vascular disease, reducing diabetes risk and even dementia. Skip simple carbs, ingest healthy fats and get regular exercise. A new blood test, PLAC testing, was just approved in December 2014 by the FDA to help assess for cardiovascular risk, which is especially helpful for women of color. The test measures Lp-PLA2, a marker for vascular inflammation.

8. Fertility - Staying fertile in the future is becoming easier for women. Egg freezing has become more successful and in the fall of 2014, some tech employers announced that they are offering to pay for egg freezing as a perk for their female employees. There are some pitfalls and it is not a cure all for everyone, but has advanced from just the realm of women facing cancer therapy. And 2014 marked the first time a woman has given birth from a transplanted uterus!

7. Hepatitis C Treatment - Routine, one-time testing for Hepatitis C infection in adults born between 1945 and 1965 has been advocated by the Centers for Disease Control as there have been significant advances in screening and treatment of Hepatitis C. Several new medication treatments to cure Hepatitis C have become available in 2014.

6. Genital Syndrome of Menopause - A new name has been given to a very common and frequently under-treated condition in women, formerly titled 'vulvo-vaginal atrophy' or 'atrophic vaginitis' is now called "Genital Syndrome of Menopause." It simply means a thin vagina with dryness and other symptoms related to the lack of sex hormones stemming from menopause or other conditions that cause a lack of female hormones. What is more important than the name, is the therapies - both hormonal and non-hormonal therapies that are available to treat this condition. No woman need suffer.

5. Duavee - In February of 2014, the first "designer estrogen" therapy for both the treatment of menopause and the prevention of osteoporosis was released. Duavee is a new oral therapy which contains both oral conjugated estrogen and a SERM-selective estrogen receptor modulator Bazedoxifene that can be used in women with a uterus avoiding the need to use a progestin/progesterone.

4. Untreated Hot Flashes - The high economic costs of NOT treating menopausal hot flashes was elucidated by Yale researchers and colleagues and published in the August 2014 online issue of the journal Menopause. The millions of dollars in lost wages of untreated midlife women is preventable! There are both hormone and non-hormone options to treat menopausal symptoms.

3. InToneMV - In April 2014, the InToneMV was FDA approved for treating fecal incontinence and can be used vaginally as well to treat common types of urinary incontinence. There are other pelvic stimulating devices that can be used vaginally to strengthen the pelvic floor, treat incontinence and improve sexual function. New guidelines were released by ACP on the importance of physical therapy and medical management of urinary leakage.

2. AHAH! - AHAH! "Advancing Health After Hysterectomy" A non-profit group of several prominent individuals, including leading physicians from several different specialties came together formally in 2014. The group met in October 2014 at the NAMS meeting to work to get the message out to physicians, women and the media that "Estrogen is the only agent proven to not only treat symptoms, but prevent disease and reduce death rates in women who have had a hysterectomy." The group is headed by Dr. Phil Sarrel of Yale University.

1. WHI and HT - A new look at the long term outcomes of the Women's Health Initiative (WHI) on the use of long term hormone therapy (HT) and the options available to women has finally emerged after the dramatic decline in use of HT post the WHI in 2002. Thankfully, and finally the American College of OB-GYN physicians has noted in their January 2014 technical bulletin that women should NOT be taken off their estrogen simply because they turn 65.

In 2014, our Center for Specialized Women's Health began our very popular CustomFit Physicals for Women program. We are very proud of this program and look forward to more exciting advances in 2015!