More Than a Feeling. Female Orgasm.

Listening to some of my favorite music from Boston “More Than a Feeling," “Rock N Roll Band", “Peace of Mind" and “Foreplay Long Time" remind me not only of the late 1970s but of female orgasm, the pervasiveness of female sexual dysfunction and the lack of well-defined therapies. Female Sexual Dysfunction(FSD) is common, underappreciated and complex - just like women!

Sexual function and satisfaction is very important and not just for reproduction. Sexual activity is associated with the following: 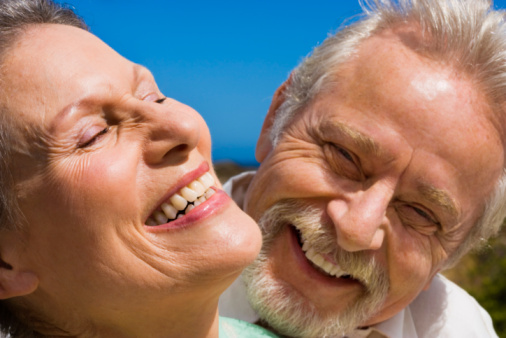 FSD can be broken down into five categories:

As far as HSDD, it is common and sometimes over identified. The purpose of the sex drive is to reproduce. In mid-life and beyond, it is not uncommon or abnormal to notice a diminished or even absent sex drive in women who have reproduced or not. However, if one is not distressed by this or if she enjoys intimacy, but just does not actively pursue it, it is not a problem per se. Most of us are driven to eat because of hunger, or driven to sleep because of fatigue as sleep and food are essential to one's survival. Sex is critical for the species survival not an individual's survival. Just like how many people are not driven to exercise, but once they do, they enjoy it - the same is true for sex for many women.

On the other hand, true HSDD can be related to castration (removal of the ovaries) and the lack of the sex hormones estrogen and testosterone that can also occur with naturalmenopause or other conditions. Unfortunately, there is NO FDA approved way of giving testosterone (T), the “hormone of desire" to women like there is for men. On a milligram per milligram basis, women have more testosterone than estrogen. Both the adrenal glands and the ovaries make testosterone. With age, oophorectomy and other medical conditions, testosterone levels can plummet in women. The following can all drop with low testosterone:

Currently, compounding pharmacies are the mainstay for testosterone or using 1/10 of a commercially available male preparation.

Orgasmic dysfunction can be primary, meaning a woman has never climaxed in her adult life or secondary meaning she had been able to, but now finds it difficult or impossible. Only 10 percent of women easily climax, the majority of women are in the remaining 80%. I see many women who are relieved to know they are “normal." Many women think they are not normal if they cannot climax with just vaginal intercourse, which most women cannot!

For women who have secondary, acquired orgasmic dysfunction, meaning they have been able to climax without difficulty in the past, but now have trouble “coming," a history, physical, and hormonal and medication evaluation are needed. The following could be the culprit:

Off-label use of oral prescription bupropion is sometimes prescribed or even Viagra, which is off-label in women who are on SSRI anti-depressants. Some physicians will also prescribe off-label “Scream Cream" by Ionia pharmacy, a concoction of various topical medications applied to the clitoris to increase blood flow. This can be used alone or in conjunction with the Intensity™ device. In the Center for Specialized Women's Health we have the Intensity™ device available.

FSD is real, causes distress and disruption and can be treated, although we sure need more studies.

“It's just outside your front door"…"It's been such a long time"…."Deep in my mind, I can't forget about you"..."taking my time" … “getting crazy, anticipation, love and music." –Boston.

Be Strong, Be Healthy, Be in Charge.