Lose Weight and Become Less "Sweet” by Improving How Your Body Responds to Insulin!

Have you heard the fruit body weight comparison? Are you pear shaped or apple shaped? Many women put on weight in the thighs and buttocks while others maintain thinner legs and buttocks but develop an apple shaped abdomen. It is the apple shaped body that is associated with higher rates of elevated insulin levels which can lead to further weight gain which in turn promotes the following:

Risk Factors for Diabetes and Other Metabolic Issues

Risk factors for this predisposition to the metabolic syndrome that are gender specific to women include: 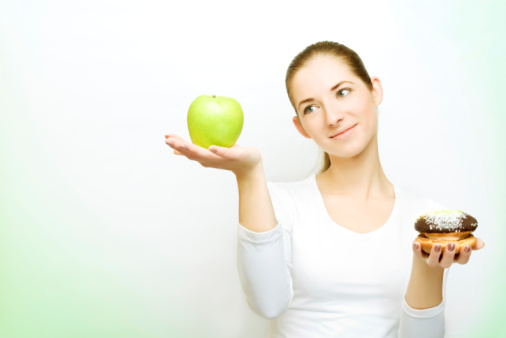 Other risk factors for both women and men include:

All adults should have a fasting blood sugar every 3 years after age 45.

So whether you eat an apple sprinkled with cinnamon after your workout or put some sliced pears on your buckwheat farinetta waffles, remember food can be healthy medicine and you’ll likely need less medicine if you eat right and exercise regularly.