The FDA recently approved Diclegis (doxylamine succinate and pyridoxine hydrochloride), a drug used to treat pregnant women experiencing nausea and vomiting! Surprisingly, this is the only medication specifically approved for women who suffer from morning sickness.

Morning sickness is often thought of as an unavoidable nuisance of pregnancy. The truth is this problem can not only cause significant stress and suffering, but can also be dangerous, sometimes requiring hospital admission and feeding tubes. Even the name is misleading as some women can have symptoms 24 hours a day. 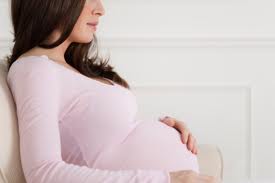 How Does Diclegis Work?

When dietary modifications such as eating frequent small meals and bland foods fail, pregnant women often look to their doctors for help. While anti-nausea medicines are frequently prescribed, there is a preventive treatment. The combination of doxylamine (anti-histamine) and pyridoxine (Vitamin B6) can stop symptoms before they become severe.

This combination was previously available as one medication, Bendectin. Bendectin was pulled off the market in the 1980s due to unfounded fears over birth defects. The two components of Bendectin (doxylamine and pyridoxine) are available over-the-counter, so in the years since, doctors have advised women how to combine them to manage morning sickness symptoms.

What are the Risks and Side Effects of Diclegis?

The risks of this new medication are low. After Bendectin was pulled from the market, the over-the-counter formulation was scrutinized with no increase over the usual rate of birth defects was seen. The side effects of Diclegis are minimal and mostly involve sedation, which can be managed by taking the dose at bedtime.

Diclegis will likely be available in June, but may not be covered by all prescription plans. The approval of this delayed release combination pill should lead to increased awareness that nausea and vomiting of pregnancy is far from an untreatable condition. After 30 years, at last this safe and effective medication is back!