Who has migraines? I do. And many of you do, too! To the "migraineurs" (the medical term for persons who experience migraine headaches) in my practice, I tell them that they have a sensitive and a highly developed brain. That is part of the reason why a migraineur can experience those throbbing headaches (with or without an "aura") when there are even tiny changes in hormone levels, such as:

Most "sinus headaches" are actually migraine headaches. Some folks experience migraines only on the weekends or whil 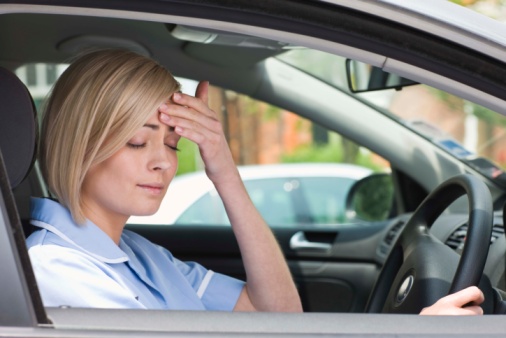 e on vacation because as they begin to relax, their stress levels drop and their brains send alarms that something has changed.

For some, migraines can be a minor nuisance, and for others, migraines can wreck not only vacations but take a significant toll on one's well-being and productivity - both at home and at work. For years, we have known that migraineurs can have changes in the white matter substance of the brain that looks like mini-strokes on a MRI brain scan. I became much more interested in preventing and vigorously treating my migraines and my patients' migraines when I found this out.

In fact, people who do experience auras (early neurologic warning symptoms that a migraine headache is likely to occur), experience it because of decreased blood flow to the brain, which triggers neurologic symptoms like scintillating scotoma. Scintillating scotoma is not a new, racy outfit, rather the most common visual aura that preceeds a migraine. It usually begins as a spot of flickering light near the center of the visual field, which may be associated with shimmering arcs of light and can cause transient visual impairment (or blind spots). This does not have anything to do with the eyeball, but rather has to do with the decreased blood flow to the occipital cortex of the brain.

There still remains concerns that there could be a higher risk of stroke in migraineurs. Therefore, everyone, especially female migraineurs, should want to reduce their risk for stroke which can cause significant white matter brain problems. Estrogen has effects on neural tissue and this may be part of the reason why we see sex-related differences in migraine and other neurological conditions like multiple sclerosis which is so much more common in women than men. Many risks for stroke are treatable and modifiable:

Women who have complicated migraines with aura should avoid:

Knowing how to prevent and treat migraine remains very important. Some migraineurs need preventive medicine and others need only intermittent therapy with a tryptan medicine. For some, it may just simply mean avoiding strobe lights and a bad 70s disco scene; for others, it means keeping diet, exercise, stress, caffeine, and sleep on a stable and constant healthy regimen - all of which has additional health benefits.

-Be Strong, Be Healthy, and Be in Charge!