Girls with Guns. Docs with Glocks

Physicians and Their Role in Gun Safety Counseling

Talking about guns, safety and our second amendment can be politically dicey. There is much controversy in the medical profession regarding the physician’s role, if any, in gun safety. The president recently discussed the 30,000 plus deaths per year from guns, with 21,000 of them sadly being from suicide. 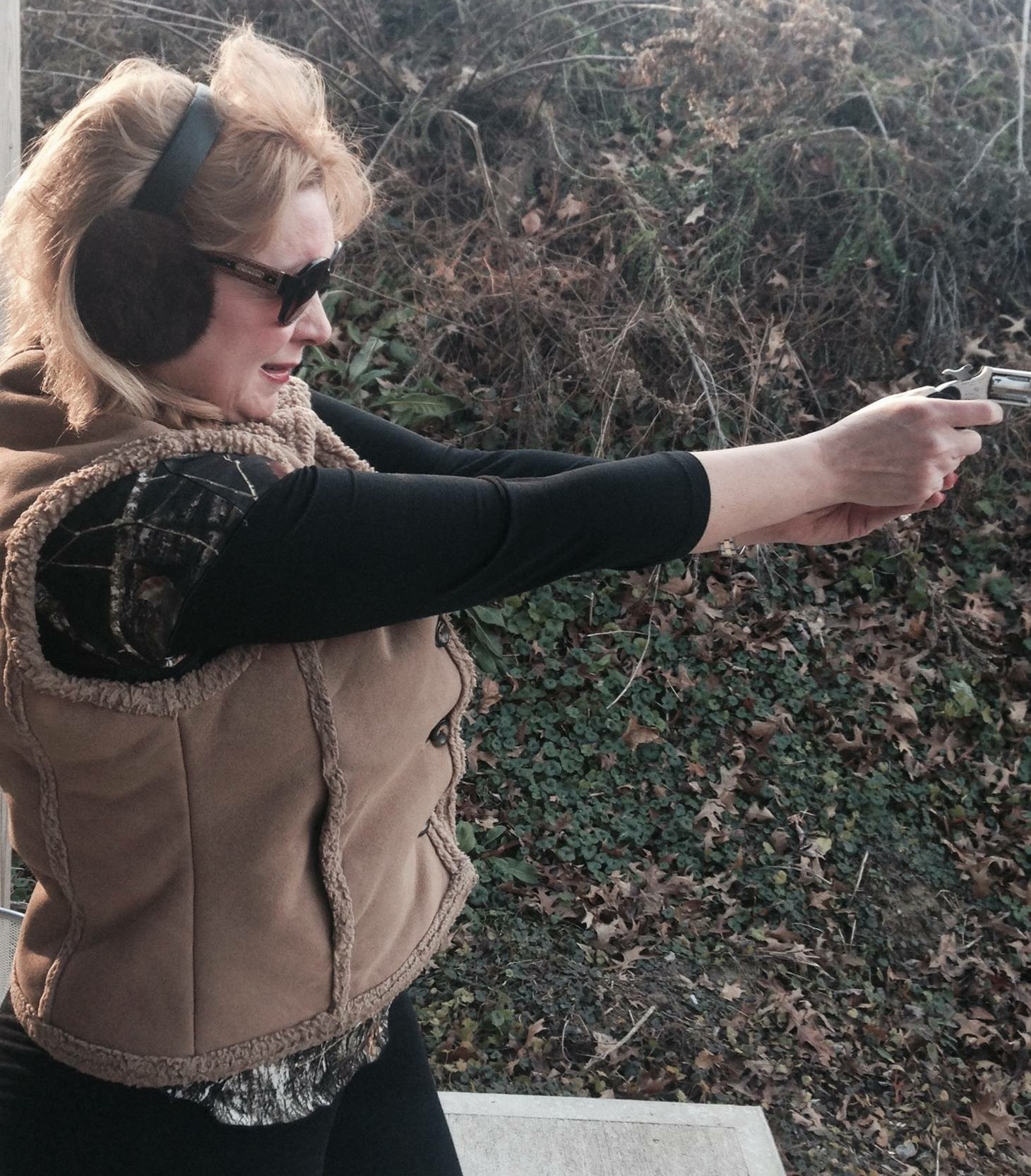 I just finished the course for a concealed carry permit and I now have a Concealed Handgun License (CHL) in the state of Ohio. I was happy to have scored 100% on the gun safety, laws and weapon written test. I was even more ecstatic to have scored 99% on the marksmanship test, edging out my middle son Emerson and my husband’s prior marksmanship scores, both of whom spend more time on the shooting range than I do. I am not a “Doc with a Glock,” as I prefer my less snappy American Ruger 22 or my little Derringer.

The National Rifle Association (NRA) was started in 1871 when Union Veterans were dismayed by the lack of marksmanship shown by the troops, and the NRA remains the premier firearms educational organization in the world. The NRA has several programs dedicated to women, including Women's Leadership Forum.

There is a lot of fear related to guns, I think in large part related to lack of knowledge and training. My son told me how glad he was that he took the all-day course with an additional 2 hours on the range as it emphasized safety, safety, and more safety as well as techniques and the latest in the laws and use of deadly force. He was always exposed to gun safety from his hunter and fisherman, outdoorsman father; however, taking a formal class with commencefire.com was a great experience for both of us. I was impressed that more than one third of the class were women, and we had both expert male and female instructors.

It has been said by many that a gun is a great equalizer between the much greater physical strength of a man and a woman. Speaking of Women's Health emphasizes:

Vigilance, awareness, a buddy system and common sense go a long way. However, every day we are bombarded with horrific stories of women being raped, killed, and abducted, many times for years, by men because of their sheer greater strength compared to women.

Guns in the Wrong Hands

We are also being detailed with stories of radical Islamic terrorists on American soil, including San Bernadino, Chattanooga, Garland, Texas, Oklahoma and Fort Hood. And there are the horrific events world-wide, including the recent Paris shootings that followed the Charlie Hebo attacks. Changing Facebook profiles to the French flag and tweeting hashtags #JesuisCharlie and #PrayersforParis don’t bring back the murdered. We still have the horrific images of Sandy Hook seared in our minds. 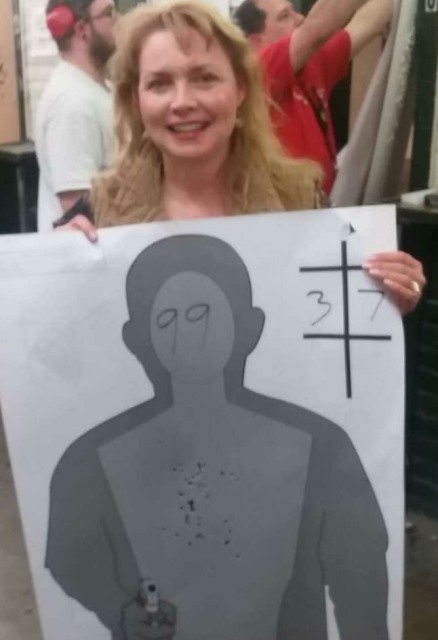 Many of the mass shootings take place in schools, churches and locations that are “gun-free.” Many of the shootings by gangs are in cities with very strict gun control laws. While law abiding citizens follow the law, criminals and those persons with certain psychotic, severe mental illness with violent tendencies along with those under the influence of drugs and/or intoxication may not follow the law. One of the most consistent findings in these mass shootings is that they most frequently occur in “gun-free zones.”

The Aurora shooter traveled to a farther theatre that was “gun-free.” The one thing that stops a “bad guy with a gun” is a “good guy (or gal) with a gun.” One of the things I learned in the CHL class is to be more aware of and potentially avoid locations and establishments that are “gun-free” without law enforcement presence.

For the longest time, I delayed in getting my CHL as I spend most of my time in “gun-free zones” and have enjoyed spending my free time with my husband who packs heat. Despite having the experience of a drug addled person pull a gun on me in a "gun free" hospital setting and having the experience of walking into my home as a child to find burglars-in-action, I didn’t pursue the official training until recently when my son Emerson told me he wanted me to take the training with him. He recently realized how easy it was to break into his apartment at graduate school when his key jammed in the lock, and he had to find another way to get in! 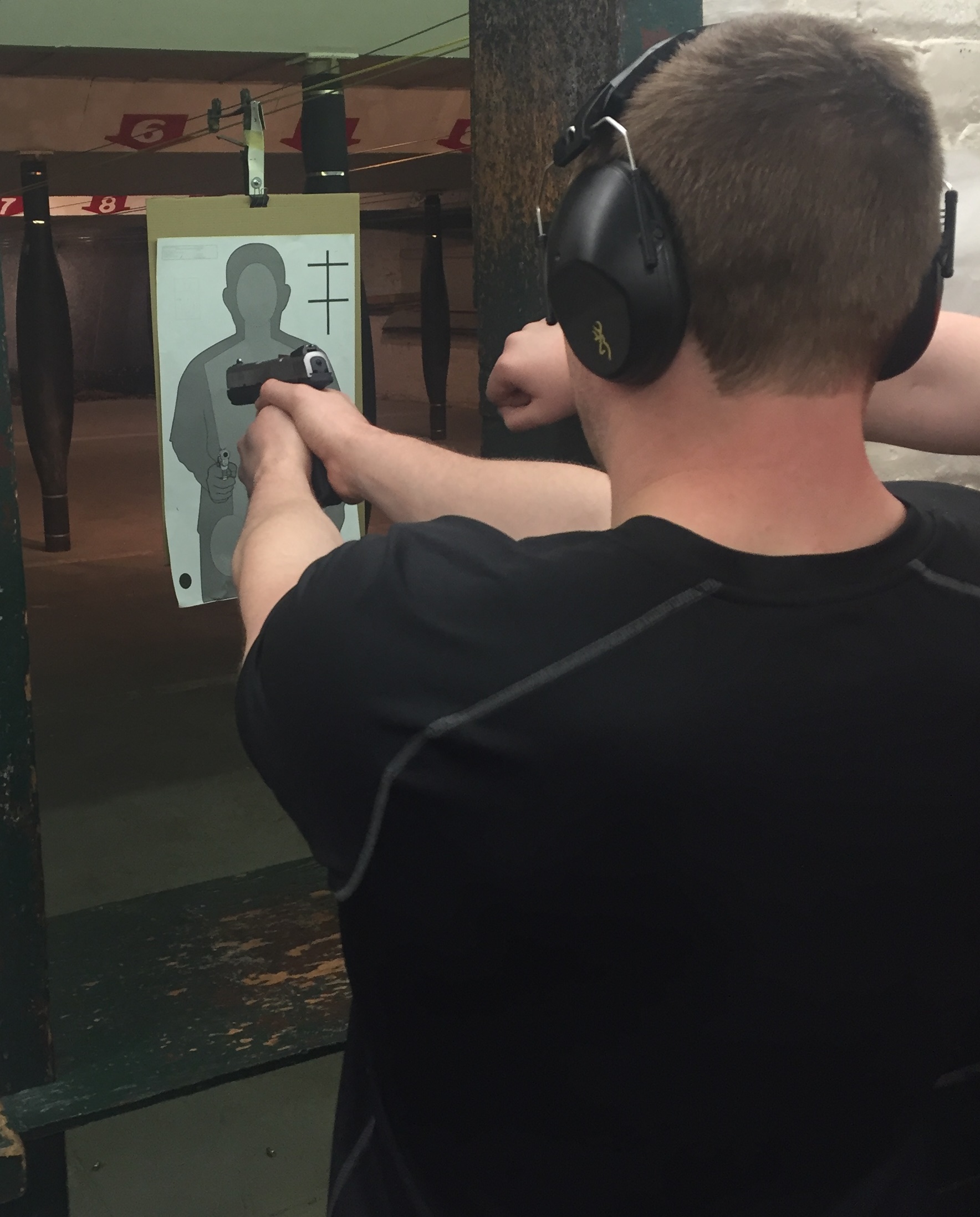 I have had many female law enforcement patients who have shown me their very cool concealed carry purses and holsters over the years, and have been encouraged by many to get my license.

The CHL course covered the laws and required complete familiarity with both revolvers and semi-automatic pistols. I think anyone who owns a gun should go through an educational course, even if they do not carry concealed, as the safety aspect alone is so important. Below are some of the highlights from the CHL course:

Learning about “CYA” isn’t what you think, it’s “Can You Articulate?” Open carry is the law in Ohio; however to carry a loaded gun in your car requires a CHL.

Teach Children From a Young Age About Gun Safety 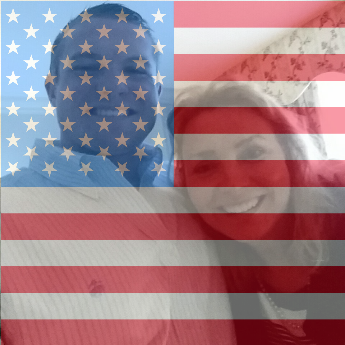 Earning a CHL besides testing requires an application with the Sherriff’s office and a BCI check and absolutely does not deputize a person. Calling the police, calling 911, and general awareness and safety precautions as well as always being alert to one’s surroundings remain key.

The course emphasized the importance of education, education, and more education along with critical importance of teaching children, from a young age about gun safety taking the curiosity out of the equation.

The best part of going to the Sheriff’s office with my 22 year-old son Emerson was when the clerk referred to us as “husband and wife!” I took that as a compliment. As a young parent, I always asked the parents of my sons' playdates if they had any weapons at their home and how they were stored, but in retrospect I didn’t spend as much time as I should have teaching my sons from an early age about gun safety.

Every handling of a weapon requires the following:

Practice and more practice and a dedication to education, safety and strict routines is key to gun handling.