Updated 2012 Guidelines on the Use of Hormone Therapy for Menopause

It has been almost 10 years since the landmark large, preventive "Women's Health Initiative" was released and caused an earthquake of an effect! Millions of women threw out their menopausal hormones. Many women needlessly suffered. Many midlife women felt fine. The women who suffered and were miserable were clearly women who needed hormone therapy while the women who did fine without hormones simply didn't need them. 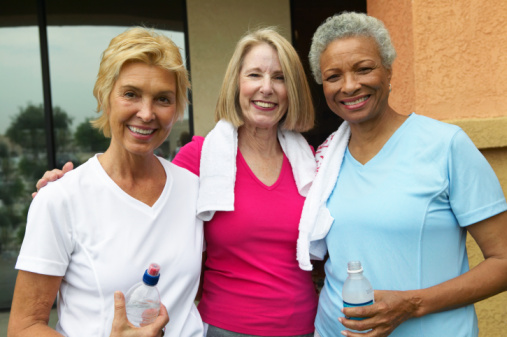 I am still amazed that the take charge, baby boomer generation seemed to accept the exaggerated headlines without too much scrutiny. Fear seemed to dominate the landscape. Unfortunately, medical organizations were slow to respond and many physicians simply took note of the media sound bites instead of pouring over published, peer reviewed research and using some common medical sense. All therapies have potential risks and it is the physicians duty to evaluate and individualize therapy and relieve suffering.

There was a whole lot of suffering going on for both genders when women threw out their hormones and started having the following symptoms:

Who is the Menopause Expert?

Then the media hucksters emerged peddling so-called risk-free "natural" concoctions of anti-aging hormones. Isn't manure natural? Years later, even after some of the dust had settled, pop culture people like Suzanne Somers got top billing on Oprah over North American Menopause Society (NAMS) credentialed physician experts. One has to wonder, if Oprah needed surgery, would she enlist the services of a non-physician over a board certified surgeon?!?! No way. But somehow menopause and hormone therapy seem to be an arena that everyone thinks they are qualified to weigh in on whether they are a light-weight or a heavy-weight.

Medical organizations like NAMS did put out "Position Statements" about the use of menopausal hormone therapy. The new 2012 NAMS position statement is reassuring to women who have symptoms of menopause and need hormone therapy, meaning the benefits outweigh the risks. In order to carefully weigh in on all published research, the message that hormone therapy for symptomatic women is safe and effective (and still by the way the ONLY FDA approved therapy for menopause) was delayed. Even the word 'position' conjures up the image of being 'for' or 'against' something, as if women's midlife health and well being is something that one should be for or against! Why should a potential or real hormone deficiency be politicized? No one ever asks me if I am for or against thyroid hormone, but almost daily I'm asked if I am for or against estrogen.

*As of June 2013, there are now two non-hormonal FDA approved options for treating menopause:

How Long Women Should Use Hormone Therapy

I do have a medical bone to pick with the new NAMS position statement and that is the implication that there is a time limit for the use of estrogen-progesterone therapy. There is no time limit to feeling good in my medical book. Has anyone heard of anyone saying there is a timit limit to the use of erectile dysfunction medications?!? This risk of breast cancer diagnosis with long term estrogen-synthetic progestin (but not estrogen alone in women with hysterectomy) therapy is the reason given. However, cholesterol lowering statins that are prescribed to thousands of men and women have had some studies showing a slight increase in breast cancer diagnosis similar to long term hormone therapy. Menopausal hormone therapy in women started around the time of menopause and used for more than five years is actually associated with a reduction in all cause mortality. That is much more relevant along with the dramatic improvement in quality of life for women with symptoms than are the rare risks that are associated with hormone therapy.

In my medical lectures, I have often say that at midlife, if men abruptly lost their sex hormones and had hot flashes, started to rapidly lose bone and 80% of them saw their genitals shrink by 80% and they could use a hormone therapy that 999 out of 1,000 did well....and there were only rare risks associated with the therapy...it would be a no brainer!