Not Your Grandmother’s IUD

What is an IUD?

Intrauterine contraception is the most commonly used, long acting, reversible contraceptive worldwide. It's popularity is because of its high efficacy, safety, ease of use and low cost. The efficacy is the same as sterilization but has the advantage of reversibility and it is non-surgical.

IUDs in use today are made of plastic and release either progesterone or copper to enhance the contraceptive effect and are not the IUDs of the past, like the Dalkon shield. IUD use is more common in other countries, but use in the United States has been rising as more women discover the benefits of this type of contraception. IUDs are very popular for personal use among female OB-GYNs.

IUD’s are also NOT associated with an increased risk of infertility.

HOW DOES AN IUD WORK? 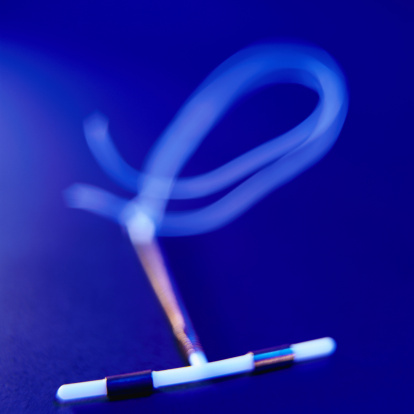 Several studies have been done that measure whether pregnancy hormone (HCG) can be detected in women with an IUD. No detectable level was found indicating that “chemical” pregnancies were not occurring. IUDs have a variable effect on suppressing ovulation (egg making, levonorgestrel IUD only). This is not thought to be a major mechanism in pregnancy prevention.

There are two main types of IUDs:

The TCu 380A IUD is T-shaped and there is a copper wire wound around the stem.

Side Effects and Cons of Paraguard Copper IUD

The Paraguard is best for women who want to avoid hormones and have a long term 10 year option.

There are 4 models of the Levonorgestrel (LNG) containing IUD. Each levonorgestrel containing IUD has different doses and the length of time of use varies between 3 and 5 years. Each varies in the amount of LNG as well as the width of the IUD in its insertion tube, which can influence ease of insertion. All 4 models are T-shaped.

The Mirena IUD is FDA approved to treat heavy menstrual bleeding and may avert the need for a hysterectomy.

Kyleena and Skyla are only FDS approved for contraception, so they are NOT FDA approved to treat heavy menses.

The main benefit is lighter or even absent menses. This is best for women with heavy menses or women who won’t mind if their period disappears or is markedly reduced.

Side Effects of LNG

These progestin levels, which decline slowly over time, can cause side effects in some women. The most common side effects include changes in the bleeding pattern, including:

Most of these bleeding problems slowly improve over the course of the first six months.

HOW TO SELECT WHICH IUD IS BEST FOR YOU?

When selecting which type of IUD is right for you, the following factors should be taken into consideration:

IUDs are very safe, highly efficacious, long acting reversible methods of contraception which are being used by more women in the USA. There are few contraindications to their use and they are an option for women of all ages, regardless of history of childbearing.

Talk to your women’s health care physician about your preferences, goals and desires for future childbearing to find out what might be the best option for you!